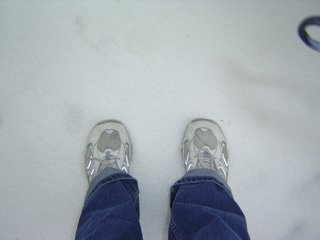 It’s been six months since I moved to the best city in the world and if you’ve been keeping up with my blogs, you know how much fun I’ve been having. Best.idea.ever.

Yesterday I woke up to Weather Channel-dubbed “wintry mix,” sleet, snow, snow pellets, rain, ice chunks. It was the winter wonderland I've always dreamed of as a Floridian child. I didn't quite know what to do with myself when I walked outside and saw piles of snow everywhere. My childlike instinct said, "Throw snow at people! Jump in a pile of snow! Frolic!" But the adult in me said, "Hey dummy, you have to go to work!" So I did, but not without my trusty camera.

The snow on the street got really dirty, really early... so it looked almost like all the streets in New York had turned to old fashioned dirt roads, the color of wet St. Augustine beach sand.

On the way to work, I had a few close calls and almost slipped on the ice because I was carrying my gym bag, a massive purse, an irreparably damaged, sorry excuse for an umbrella and my camera… here are some photos from my commute. 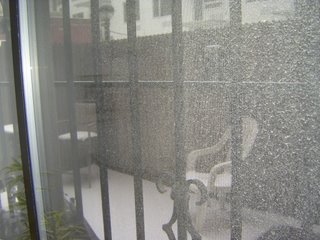 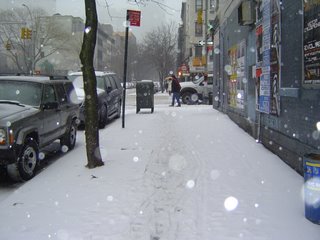 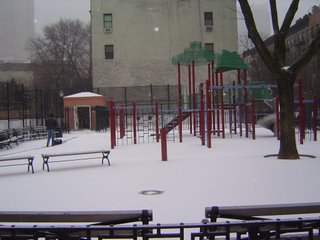 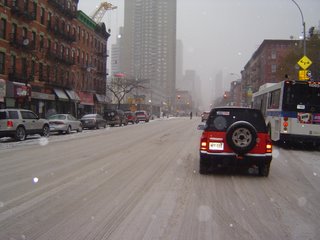 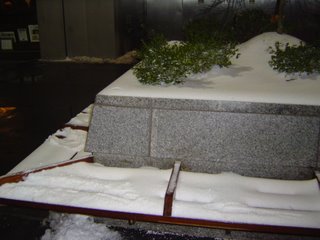 AWESOME photos! Only you...