At 3-years-old, I was sweet-natured, precocious and bright. I was the apple of everyone's eye and being the center of attention suited me perfectly. It goes without saying that I felt ill-prepared for the massive life change I would soon experience - the 1985 arrival of my baby brother. I have little recollection of the peaceful era prior to his arrival. Seemingly out of the blue, he appeared at my house with the express intent to wreak havoc on my serene life. Behold: Alexander.The.Terrible. 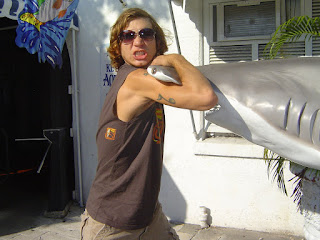 My life was irrevocably altered when his spaceship landed from some other galaxy 22 years ago today. (I’m still not wholly convinced he’s of this world.) For the first 15 years of his life, Alex was an unwelcome intruder in my domain. He sneaked into my room and wrecked it time and time again. He punted a kickball at my face and broke my glasses in half. He never did the dishes when it was his turn, so I had to do them in his place. He constantly required medical attention as a result of his daredevil antics, bleeding profusely from gaping wounds and forcing us to change plans to head back to the ER. He dumped two bottles of ketchup and a gallon of milk all over the kitchen floor once and swam in it, and I remember having to help clean it up. Once when Mom ran inside to get a forgotten list, he put the car in reverse and we rolled backwards out of the driveway, across the street and into the neighbor's fence. I screamed like a Banshee and he just laughed, relishing the adventure. He chased me around the house with real and imagined critters, once forcing me to hide under a heap of laundry for an hour. He jumped from behind doors to frighten me at night. Daily he antagonized me, often leading to violent physical blowouts featuring hair-pulling, toe-pinching and face-to-floor smashing. We nearly killed one another on several occasions with Ninja-Turtle moves or our bare hands. Mom always said, “It takes two to fight,” but as I lay facedown on the floor with him punching me in the ribs, I often questioned that wisdom. I suppose Mom knew better than anyone how to handle Alex. Once, he used a ladder to climb way up in a tree in the backyard to escape her wrath. She wisely removed the ladder and left him there for hours. In elementary school, we used to carpool with several other kids and one time we ‘accidentally’ left him there. Ever the studious one, I noticed he wasn’t in the car, but why would I mention it? I was enjoying the peace and quiet. 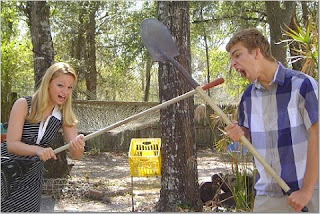 Adding Alex’s childhood and modern-day accomplice, our cousin Daniel, to the mix, I was even more tortured. When Alex ran into the street and was hit by a car at 3-years-old, Daniel was right by his side. I was so inconvenienced that day as they pulled me out of Sunday school to take me to my sobbing mother and virtually unharmed brother and cousin who were jumping on the couch in the lounge surrounded by paramedics. And then there was the time we were at a dog show in Orlando with my grandparents - Alex and Daniel accidentally let a client’s dog out of the RV and my suit-clad grandpa had to sprint and then swim into the “Don’t Feed the Alligators” lake to capture the runaway canine. On my 7th birthday, Alex prodded Daniel to hurl a Tupperware bowl at a squirrel perched in the tree. He knocked the poor critter straight out of the tree and into shock… and it eventually died. On.my.birthday. When the two would try to sneak up the stairs into my bedroom to spy on me, I’d grab the heaviest platform shoe I could find and hurl it at them - and I was an accurate shot. I remember Alex sprawling face down at the foot of the stairs once after I nailed him at the base of his spine.

Once we used half a bottle of dish soap mixed with water to cover the kitchen floor, and then had our own indoor Slip-and-Slide. We cleaned it up before Mom got home, and she thought we had washed the floor. On Christmas Eve, we planned to "catch" Santa (even though I had previously been enlightened) and I’d cunningly shake bells under the bed to make him think the reindeer had arrived. Sometimes we’d fall asleep on the floor in the hall before we could make it all the way to the Christmas tree. As we grew older, we instituted the family tradition: who could get up earliest on Christmas morning. The competition requires the winner to wake up without an alarm clock, turn on the Christmas lights/tree and videotape themselves first thing in the morning before waking everyone else up. Alex always cheated. I am truly the only one to this day who wakes up - unassisted - at 3 a.m. on Christmas morning.

We used to fill up the big outdoor garbage can and wheelbarrow with water and swim in them when we were really little, before we had a pool. I remember playing old-school Nintendo for hours, mostly the very tremendous Bible-themed video games. We could shred Noah’s Ark. After school, we'd stay outside until it was dark, collecting air potatoes and storing them in our awesome two-story clubhouse, or we’d just climb any available tree or fence or rooftop. I distinctly remember the smell of our backyard in the fall, just after we went back to school. That crisp scent signaled a change in the air, even though it was Florida and we barely had seasons. The autumn smell reminds me of childhood and of my brother.

Looking back on the story of Alex, I can’t stop laughing. He has too many embarrassing moments to list. Notably, I have video footage of him, his two friends and Daniel at his 8th birthday party. I had them wear my dresses, feather boas, makeup and accessories and compete in a beauty pageant. Alex was so pretty and gave the loveliest answers in the interview portion. There was also the time he accidentally pulled his pants all the way down, flashing his everything to everyone in the entire stadium at MHS, and the time I looked out the back window as he dangled helplessly by his shorts from the fence he wasn’t supposed to be climbing on. Once he was in the backyard, cutting down a tree he was told not to mess with. I was watching from the window when it came down – on top of him. Once I stopped laughing, I ran outside to take pictures of him to show mom. And I still love mocking him to this day about the time he bawled like a little girl because he couldn’t find his pizza sauce. “Where’s myyyyy piiiiiiiizza saaaaaaauce?” He’s still so emotionally attached to food.

As rapidly as Alexander the no good, very bad, horrible child entered my life, suddenly he became a grown man. He abruptly grew taller than me, and then much taller, and blessedly, our physical altercations came to an end.

It’s amazing to think what I’ve learned from this bizarre individual who came into the world four years after I did. It was Alex who taught me to stand up for myself and not to take crap from anyone. It was Alex who taught me to be scrappy. It was Alex who showed me how to get dirty, how to dig deep holes in the yard, how to fight, how to shoot a BB gun, how to flood the grass and skim board on it and how to block the ditch during tropical storms so it would fill up and we could swim in it (isn’t that gross?). If not for him, I never would have seen the crawl spaces, the hideouts behind the fence or the inside of the Simpson family shower. (That’s when he taught me to hide from the cops.) I’m actually very grateful to him for breaking my ghastly, purple-plastic framed glasses. He certainly saved me from further ridicule and put me on the path to being less of a geek. 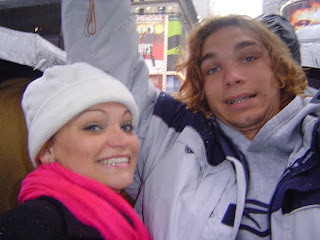 He thinks we’re so radically different, him with his band and tattoos and me with my love of the periodic table of elements and vocabulary and foreign languages. People don’t know that he only pretends to be an idiot. He knows much more about science, history, art and culture than he lets on. He’s been a substantial influence on me in his 22 volatile years of existence. I now possess the skill of determining how many stitches one needs based on the breadth of a given cut. I admire the fearless way he'll jump off any tree or platform or boat into any body of water, regardless of depth. Ok, maybe I don’t admire it exactly, but it is remarkable. The way he can hurdle fences, do twisting back flips into the pool and ramp a bike off the end of the dock is extraordinary. He’s always been fearless, and his presumed physical invincibility is inspiring. Without his encouragement and taunting, I probably would have been a wimpy wallflower my whole life, instead of a risk-taker (well, more than I was before he arrived). 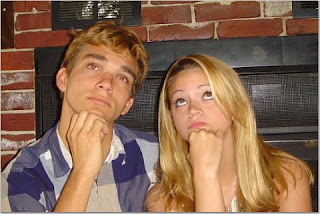 I concurrently love and hate the way he blissfully floated through childhood and adolescence, missing out on the responsibilities that go with being the eldest, skipping the strict rules I followed in favor of a laid-back, devil-may-care approach. I respect the gosh-darn-loveable guy he is… maybe he’s not that way to me, but I think he has an official fan club somewhere in the world. He's so charming - guys want to be his pal, old ladies want to pinch his cheeks and young ladies want to bring him home to meet Mama. People constantly feed him like he’s some kind of stray cat. I guess he looks hungry? He's got more talent in his fingers and toes than most people do in their entire bodies. He’s a drumming phenom and can clamber to the top of a 40-ft. pine tree with his bare monkey feet. 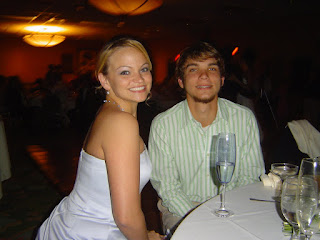 Maybe it’s revisionist of me to look back on our childhood together affectionately, because I can justly say I did not like having a brother and I would have sent him back from whence he came if I’d ever been given the opportunity. Now that I’m older and have had years to absorb the significant impact of having him around, I realize that he’s one of the only people in the world who knew the girl that existed before life came along and made me the woman I am now. He still doesn't do anything nice for me, but I guess that’s a typical brother. The fact that we share one-of-a-kind childhood memories is priceless and means so much more than any kind gestures he will probably never do.

Happy Birthday, Brother. You made it past 21 against all odds and I’m so proud of you. 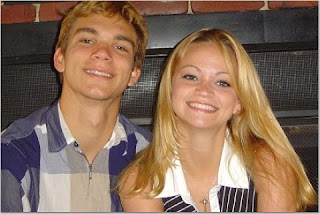 How sweet! You got love brothers!:)
I don't think that any of us will every forget hiding from the cops.
Love you~Jordan