I realize I owe everyone blog posts from Friday - Sunday, so stay tuned, I'll get to them =)

Hodgie's audition went well - he rocked the drum portion and was so-so for the acting part. He had to tell a story and be really animated... so he talked about the big fish he caught last summer. Then they had him tell that same story again, but this time with his hands on his knees, in Dutch (right, he doesn't speak Dutch) and as if he were telling the story in a scary way to a 9-year-old. No wonder he thought it was tough! No word yet on a callback, but we're so proud of him for auditioning!

Here are a couple of pics from the weekend: 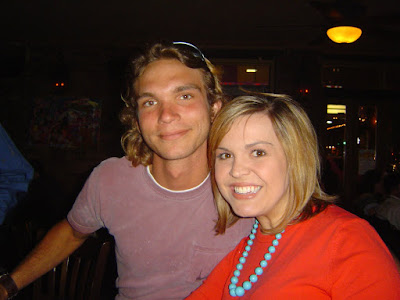 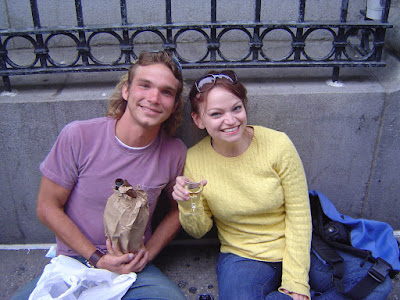 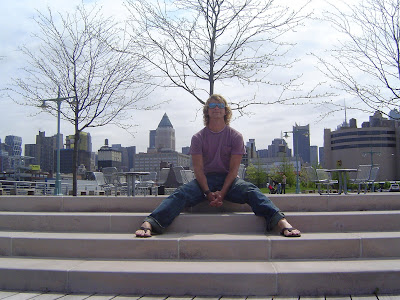 Hodgie looking cool on the Hudson... just before he flipped over and walked down the stairs on his hands