Upon boarding the plane to LAS, my skin nearly melted off when I came face-to-face with smokin' hot Jason Lewis - yes, that's Smith Jerrod for all you SATC fans. Erin was in front of me as we made our way back to coach, and since all powers of speech left me when I gazed upon Smith's molten hot self, I started punching Erin in the back to clue her in. Then I started choking a little, for real. Smith was so insanely hot I literally could not speak his name outloud. He's like Voldemort, but smoldering hot and not trying to kill Harry Potter. I could hardly sleep on the plane knowing I was just 20 feet away from Jason, the molten.hot.lava.bomb.

The last time I went to Vegas, I'd just started working for Ogilvy and had been shipped out there for a five day tradeshow. I was so busy that I only got to leave the hotel for dinners, and it was one of those nights that I met Jack Osbourne at Nobu. It's kind of an embarrassing story, so I won't recount it, but I was pretty shocked to run into him again at Noir Bar. 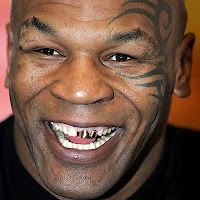 Okay, this is a third-party sighting - Mike Tyson the wife-beating, ear-eating fighter bumped right into Bachelorette Amanda. We ran away screaming. Ok, not really. But we didn't attempt to hang out with him. Nice face tatt, Mikey. 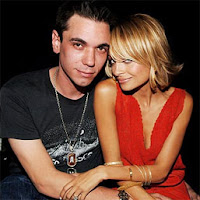 The only other famous dj I know is DJ Jazzy Jeff, so it goes without saying that DJ AM must be pretty special for me to recognize him spinning tracks in 'da club. Let's be honest, though. The only reason I've ever heard of him is because he dated Nicole Ritchie and Mandy Moore. 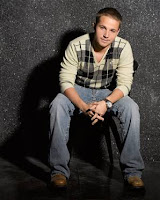 Bree's Gay Son from Desperate Housewives - I have no idea what this kid's name is… and I use the term "kid" deliberately. He was about five feet tall and was acting like a dork outside LAX. But hey, he's a celeb so...


After somehow schmoozing our way into exclusive Noir Bar, I made friends with the assistant to the owner of all the hot clubs… PURE, LAX, etc. We were chatting it up in one of the club's dimly lighted hallways when he said, "Hold on, I've got an NBA player coming down the hall." So, I just stood there for a minute wondering who it was. Since I don't give a hoot about the NBA, I still don't know … but the mystery player saw me standing there and said, "Dang, you're cute." And he kissed me on the cheek and left with a bunch of hot chicks. Alrighty then.

And check out this excerpt from the PURE website… we didn't see these guys, but it's nice to know we were in good company.
Pure Friday with a Live Set by DJ AM and Casanova
May 9, 2008
At Las Vegas' number one nightspot, PURE Nightclub, even more world class athletes stopped by to let loose. Nine time NHL all-star and current San Jose Shark Jeremy Roenick sipped on a few cocktails with friends in VIP-style. Also standing out amongst the revelers were Buffalo Bills quarterback Trent Edwards and UFC tough guy Josh Burkman, partying in separate groups as DJ AM kept club goers movin' and shakin' until early Saturday morning.