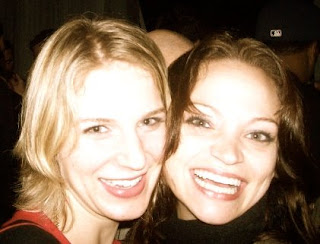 Finally, the last few photos from Beverly Hills weekend... sadly, I have no pictures of my time spent in Glendale with the fabulous Lelash family - Vicky, Curtis, Carter, Graham and Molly the dog. You may remember, Vicky was my supervisor in Atlanta and we worked on the Brand Atlanta Campaign together. Remember my scary car accident right before I moved to NY? Vicky was the first person I called (after mom, who was already on the phone with me.) She and Curtis were headed to a screening of Superman, but she gave all that up to rescue me and sit at the hospital with me and my neck brace. She's one of my favorite people.
For two days, we vegged out, watched Pretty Woman, celebrity-stalked, took a driving tour of Beverly Hills and went to see He's Just Not That Into You at the fancy movie theater. It was a blast hanging with them.
While I have no visual record of staying in Glendale, I do have pics of our last night in West Hollywood. It was one of those random nights where you meet really random people. The boring guy who talked about subprime mortgages (seriously, who uses that as a line?), the guy who talked to Erica because they were both wearing red, the guy who pretended to live in Erica's building, the guy who used his girl friends to distract my friends so he could talk to me. Frankly, the men we met left MUCH to be desired, so if I ever did move to LA, it certainly wouldn't be for the fellas. (So LA and NYC do have something in common!)

Did you know everything closes at 2 a.m. in LA? Erica and I were shocked at how quickly everyone turned in for the night, so we made our own fun at the Mondrian. Actually, we got into quite a bit of shenanigans at the Mondrian, including but not limited to pretending I was from Alabama and calling the front desk to ask about the cost of the mannequin hand in Dr. McDreamy's hotel room. Bizarre, I know, but it's their fault for putting such weird things in their hotel rooms. If I can get the videos uploaded, you're in for a treat. 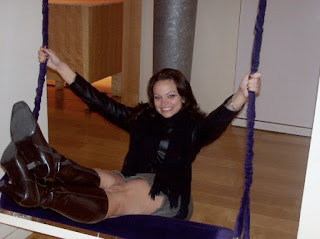 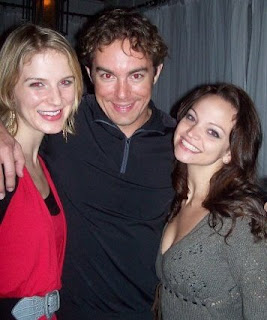 PR girls on the top of the world! 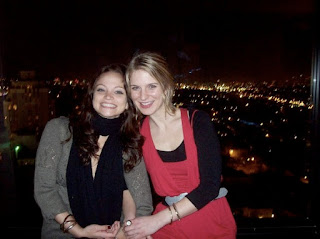