It all began as an innocent work experiment. Under the auspices of “research” I joined Twitter a while ago in order to determine its usefulness on behalf of my clients. I blogged about how I didn’t quite understand the point and ranted about how I thought the whole concept was silly. Fast forward to a few nights ago, during a particularly scary storm – my first thought once I realized it was lightning and not a terror attack? I.MUST.TWEET.THIS. True story. I also have a Twitter feed on my blog, I Tweet 5-6 times a day and my colleague Knuckles says I’m one of the most prolific Tweeters in our department. Prolific Tweeter? Last year, that title would have warranted raised eyebrows. Now, it’s a pat on the back.
My name is BAA and I’m addicted to social networking. I fear I might need professional help… so naturally, I’m looking for it here. On my blog. On the Internet.
I’ve been researching my face off for our European adventure and do you want to know my main concern? Hint: it’s not the devalued dollar. I’m scared of being sans-technology while traveling. I find myself wondering, “How will I find a restaurant? What if we get lost? I might need GPS. And an online translator. And Twitter. And texting.”
Let’s all take a deep breath and recollect that I lived in Paris the summer of 2003. Mon Dieu, je parle le francais! Paris is not new to me. Thus my mini-freakout underscores the fact that the iPhone, and all social media for that matter, has taken over my life, to the point where I doubt my own brain’s power to handle a vacation. On some level, I feel like these devices aren’t just permanent inhabitants of my purse, but they’re also extensions of my body and my brain. It’s like Transformers or something, but with fewer explosions and much to my dismay, I'm no Megan Fox. 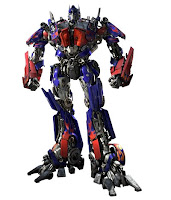 On that note, do you realize how many ways there are to contact me? Facebook, Twitter, MySpace, LinkedIn… not to mention four email addresses, blog comments, AIM, G-chat, text messages, two phone numbers and three mailing addresses. Daunting. It feels creepy to be this connected, and I think my sudden onset of social media fatigue is dampening the truly benign purposes of online networking. Plus when I don’t update Facebook, Twitter or my blog, or sign into AIM, my Mom thinks a wretched fate has befallen me. “Ma, if I die, someone will call you!” is the party line.
As fatigued as I am right now, I still wonder how low-tech people like Dad and Hodgie survive. Dad’s only recently obtained a cell phone… and you won’t believe this - all it does is make phone calls (well, and inadvertently order naughty pictures). What’s the point? You can’t check the surf report or shake it for an immediate restaurant reco. As I mocked Hodgie’s Zack Morris (still love Zack though) phone while we were in California, he said poignantly, “It’s a PHONE. It’s for PHONE CALLS.” Right on, brother. I admit it’s not necessary to check Facebook at work, turn off the computer, head home, check Facebook on my phone, get home and check Facebook on my Mac. Do they have AA for this?
Now that I’ve added Skype to my repertoire, every time I turn on my computer someone is ringing me. And for that technology, I have to wear makeup. So I guess that brings me to acceptance… I have a problem. I’m hoping Eurotrip 09’ might be the ticket to help me disconnect and break my reliance on electronics. Either that, or I’ll totally wig out and be committed to some wacky British institution for claiming to be Optimus Prime.