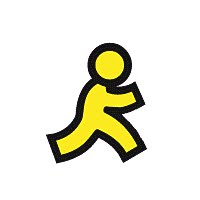 Remember all that Best Job in the World business from earlier this year? How could you forget? You’re probably still mad at me for barraging you with voting requests for 3 weeks straight. Still sorry about that ;)

Part of the reason I was able to move up to the No. 12 spot and get thousands of votes is because my Aunt Peggy is a force of nature. If I ever run for president, she’s in charge of getting out the vote. She mobilized everyone she knows, including the majority of AOL employees, to vote for me to win the island job. So while I was running around NYC filming videos for my blog, she was one of my biggest supporters behind the scenes making sure I was moving up in the ranks every single day of the competition.

Now it’s my turn to help out Aunt Peg and the ridiculously supportive people at AOL. Check out this competition Advertising Week hosts every year - it’s like the Oscars for logos and slogans.

Go vote for your favorite advertising icon (but seriously, I don’t care if you prefer Little Debbie or the Jolly Green Giant or Snap, Crackle and Pop, stay focused, we’ve got a Running Man to iconize!) and your favorite slogan. Obviously I voted for the AOL guy, and I chose This is Your Brain, This is Your Brain on Drugs as my favorite slogan… because I still remember seeing those commercials as a kid and being like, “What the heck does my brain have to do with fried eggs?” The good news is you can only vote once, so I won’t have to track you down every single day to make sure you voted. Easy for you, easy for me, and a nice thing to do for my Aunt Peggy.

Voting ends Sept. 21, so do me the easiest favor ever and vote for the AOL guy. And just to make it interesting… if the AOL Running Man happens to be chosen this year, I’ll post a video of me dancing the running man here for all to see… and mock.