After our serendipitous meeting with Mel, we went home to prepare for our low key New Year’s festivities. Roomie Sara and I had agreed to invite just a few people each, to keep yucky New Year’s Eve stress to a minimum and save on ridiculous $100 cover charges around the city. Given the fact that I had pneumonia and felt absolutely wretched, we thought a simple, low-key party would be just what the doctor ordered. 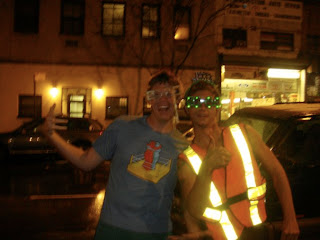 The festivities were what the doctor ordered… but they didn’t stay low key for long. We baked some tasty appetizers while the boys set up my new Wii.  Lauren arrived during setup and demanded I change out of my comfy jeans into a party dress. I obliged, of course. Our small number of guests grew as folks gave up on other plans for a more chill party, and they went from chatting politely in the kitchen to full-on competitive dancing in the living room in a matter of moments. As the evening rapidly progressed toward the midnight countdown, Hodgie & Nathan kept the party interesting in their shorts, flip-flops and yes, reflector vest. I am not really sure why they were dressed in said fashion since it was about 20 degrees, but sometimes you just gotta let boys be boys. Sara’s guests melded seamlessly with mine and before long, everyone was absolutely giddy with anticipation for the countdown. 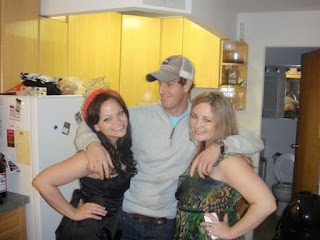 Suddenly it was a quarter to twelve, so we all took the elevator up to the roof for a birds-eye view of Times Square… well, if the bird lived three avenues away. We counted down, toasted 2010 and sang a really messy version of Auld Lang Syne. 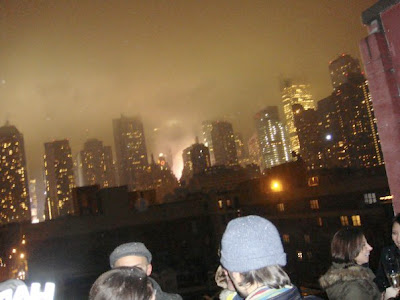 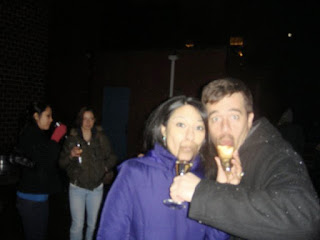 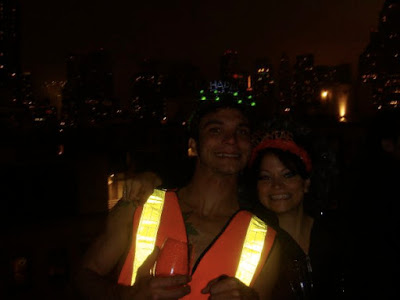 The festivities lasted long into the night and I was able to forget how sick I was for much of the party. The one reminder was the extended coughing fit I endured after performing the MC Hammer dance with Lauren. (I can't recommend Just Dance highly enough for all your party needs.)
By all accounts, it was a New Year's celebration for the record books and definitely one of the best I've ever had.
The next day brought more interesting adventures… but I’ll let you figure out what’s going on here. 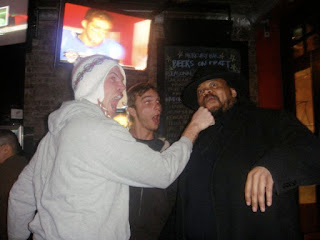 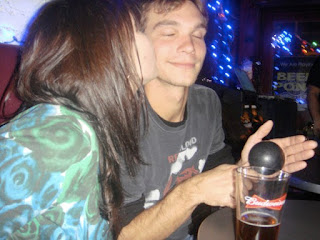 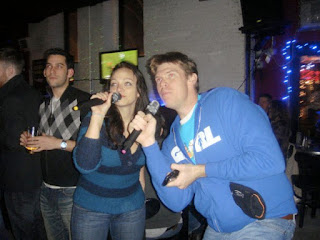