When I was a kid, my hero was dashing and daring archaeologist Indiana Jones. My dream career involved tearing through ruins respectfully while swinging from vines and having lots of bizarre encounters with crazy foreign characters as a dramatic, award-winning score played in the background. I suppose that isn’t too far off from how my life actually turned out… 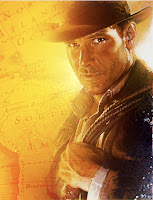 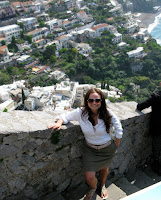 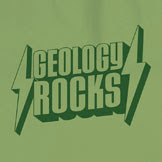 Please keep reading, I have a point! My childhood dream of visiting Pompeii came true during my European adventure by way of the most fantastic guided tour of the ruins. Antonella was in her element as she lead us down the cobbled streets, waving her hands wildly as those fabulous Italians tend to do. When I whipped out my notepad to scribble down everything she said, Celia asked, “Do you always take notes on vacation?” 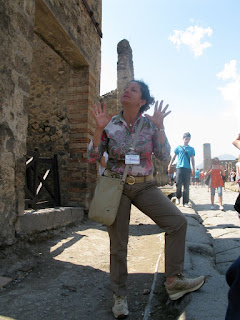 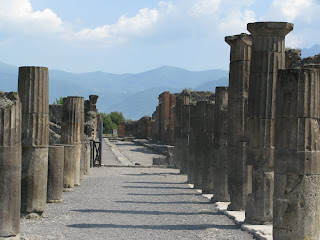 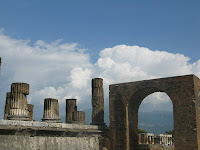 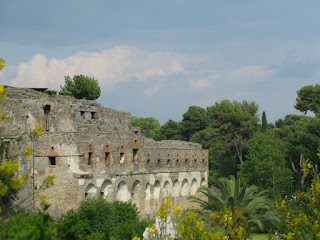 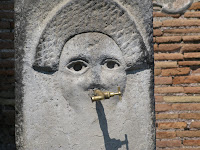 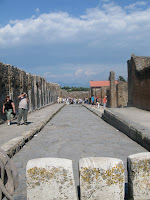 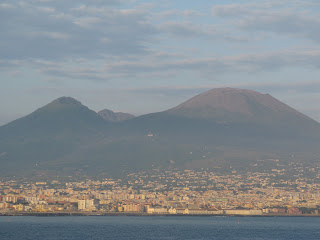 The most powerful images from Pompeii are those of its terrified residents at the moment of their deaths. During the excavations, archaeologists came across empty spaces in the hardened ash, and ultimately determined that the empty space was actually a void left where humans and animals had died following the eruption. They injected plaster into the spaces, thus giving us a realistic depiction of how scary those last moments were. 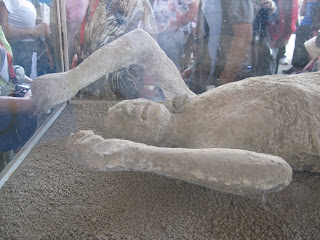 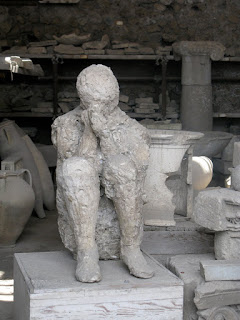